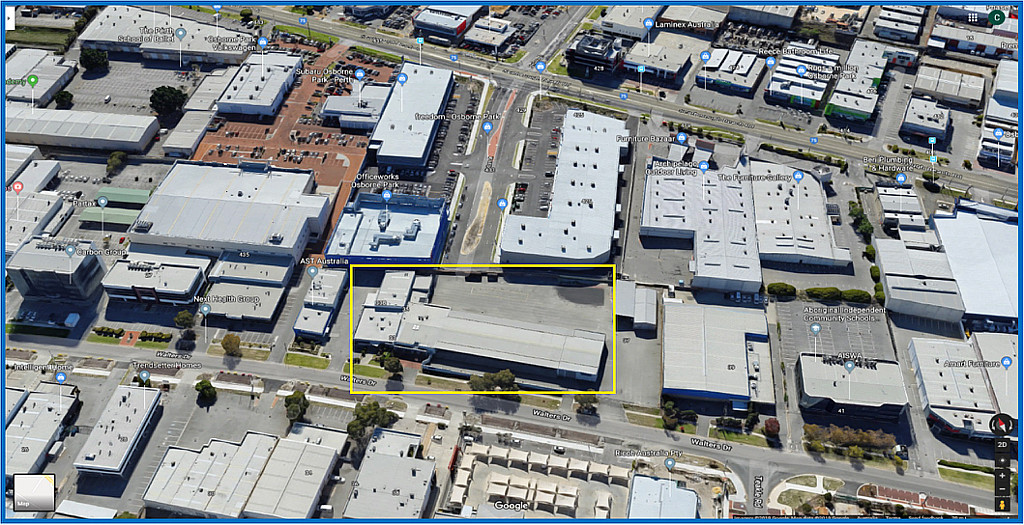 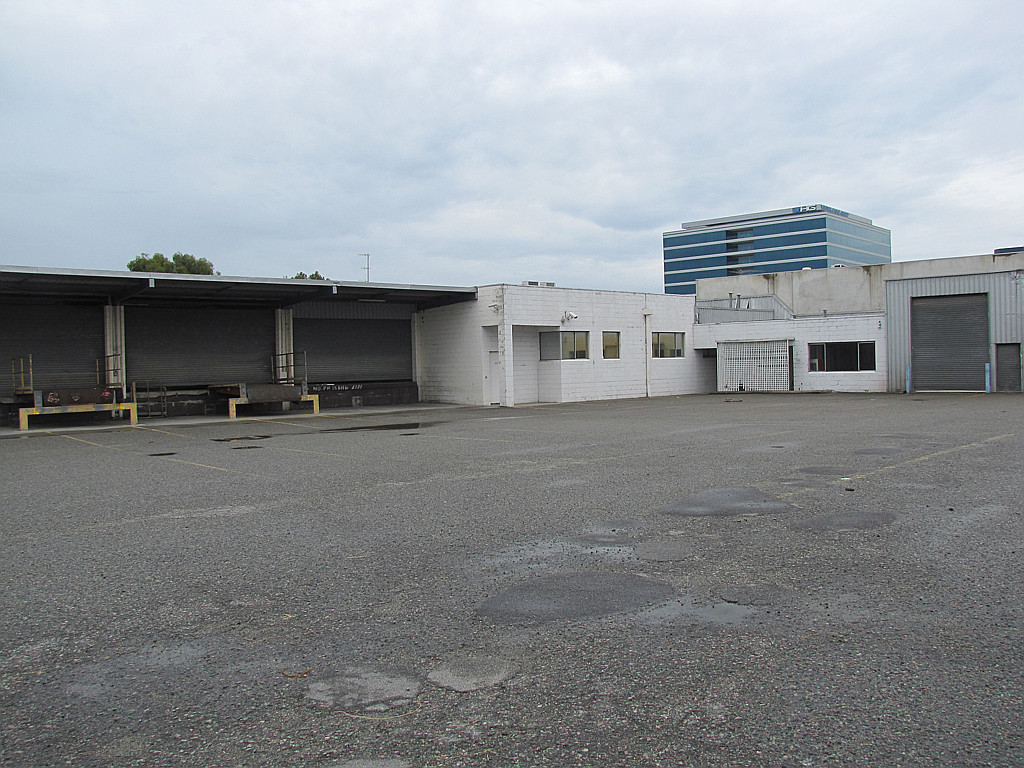 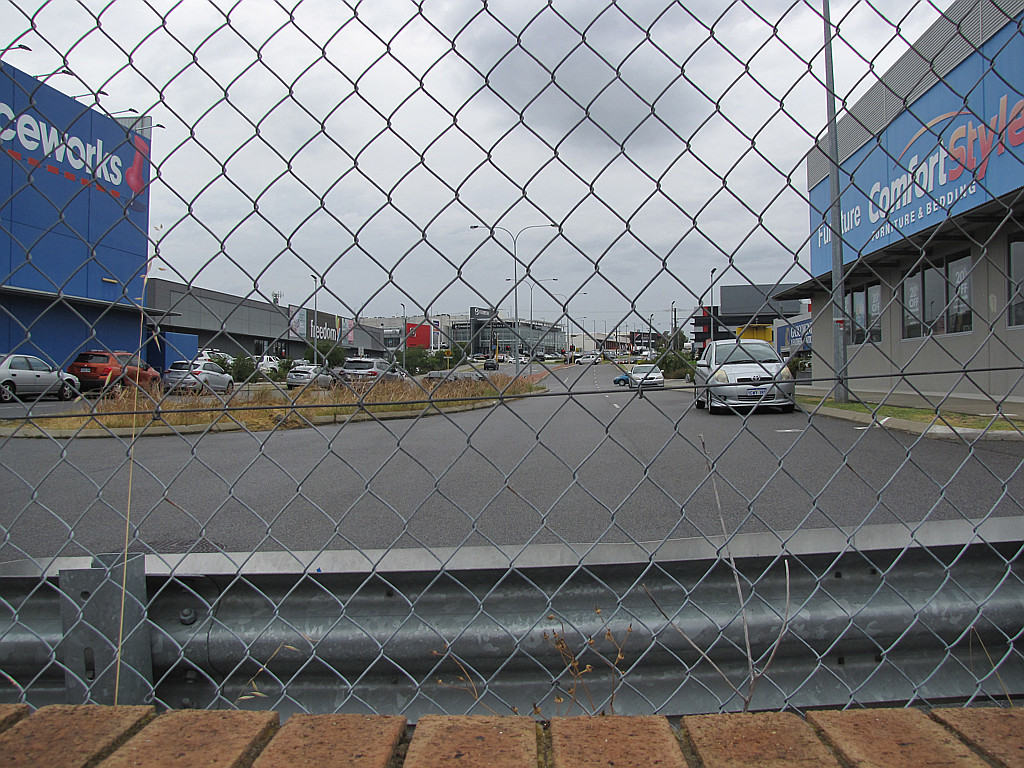 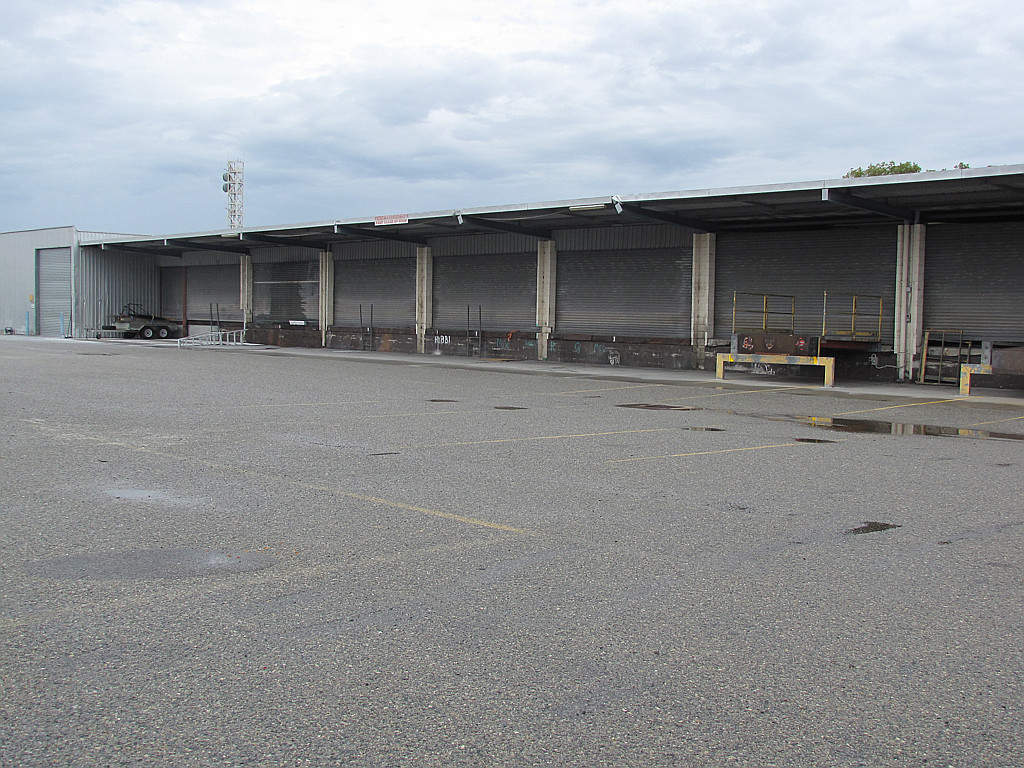 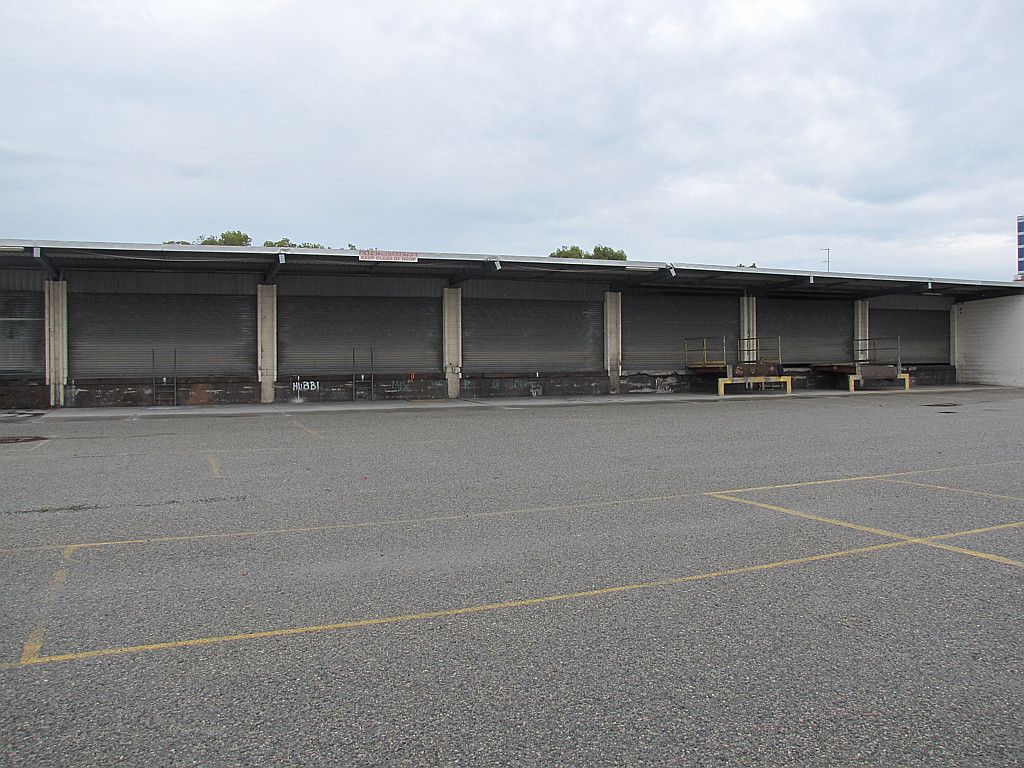 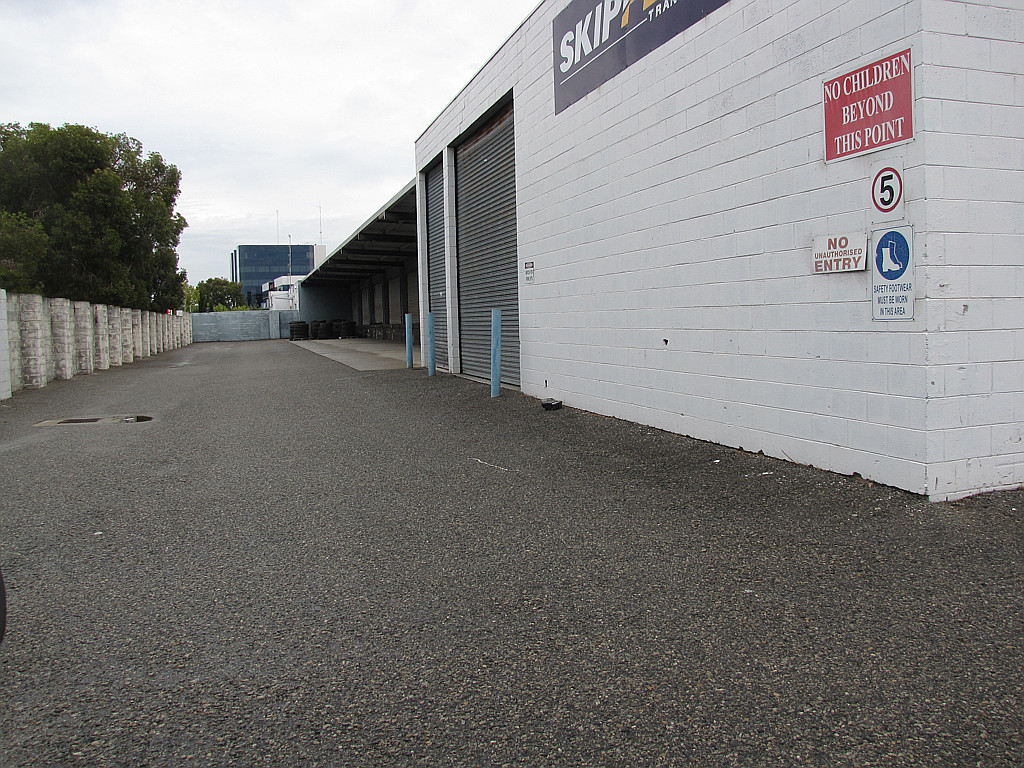 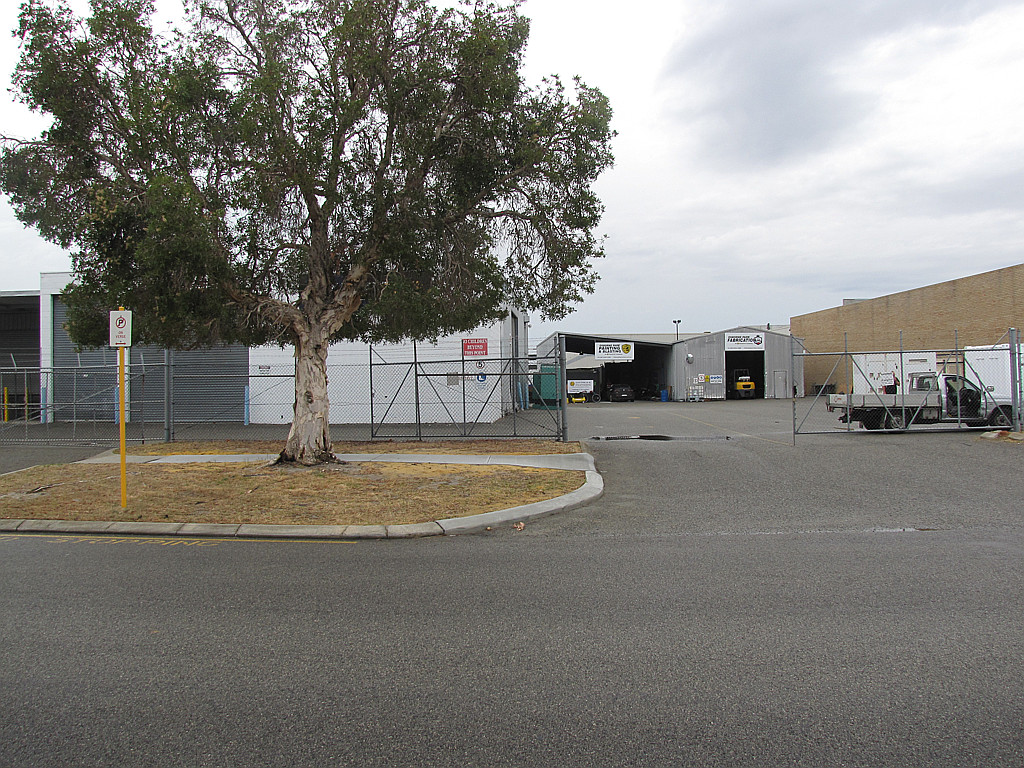 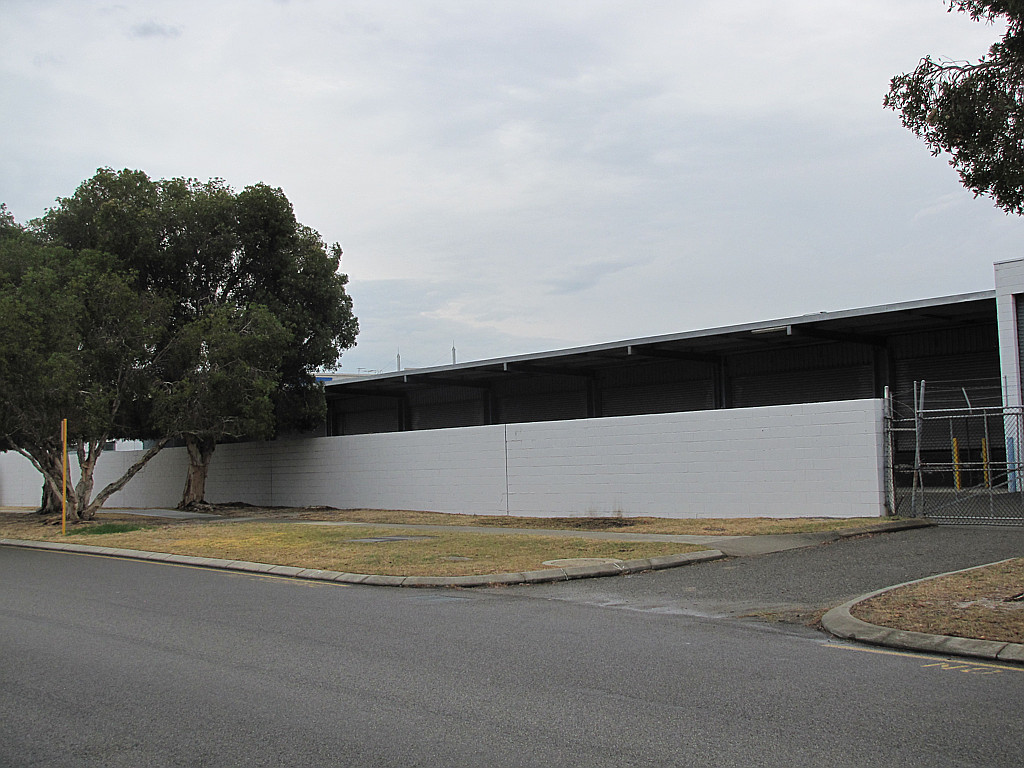 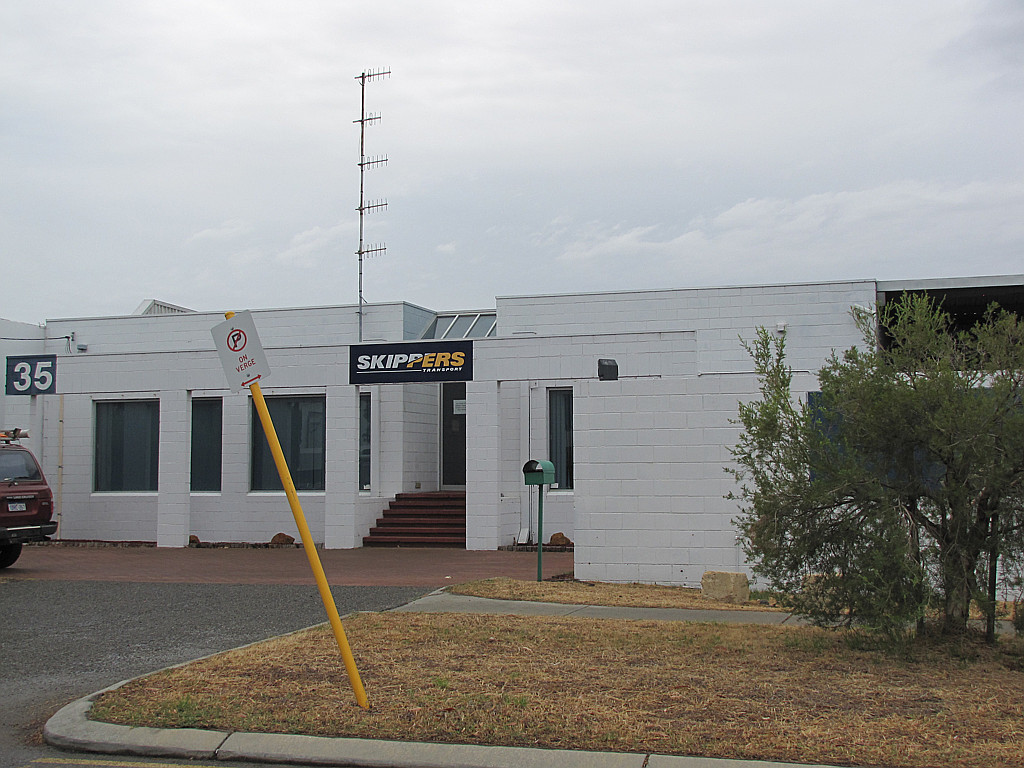 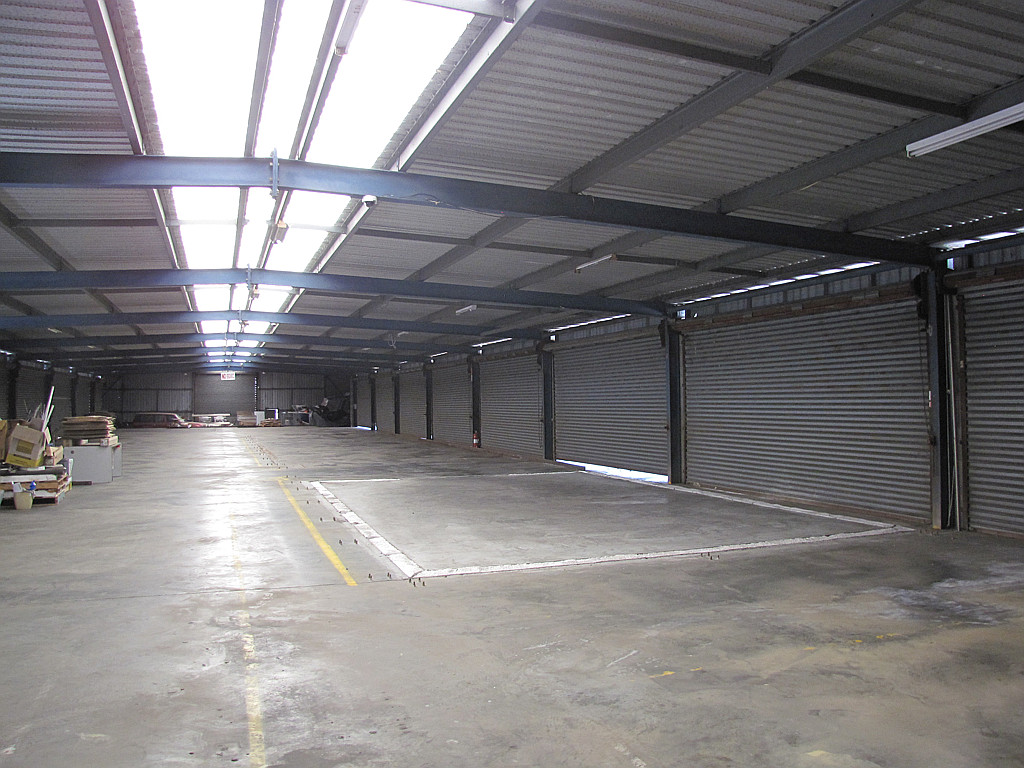 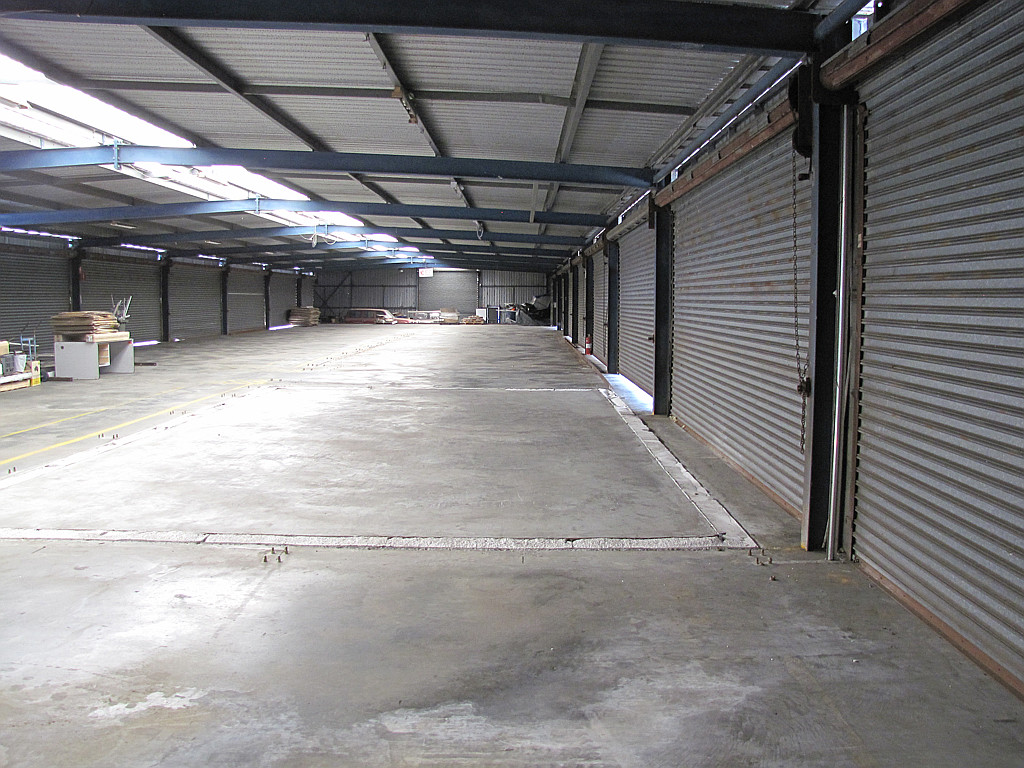 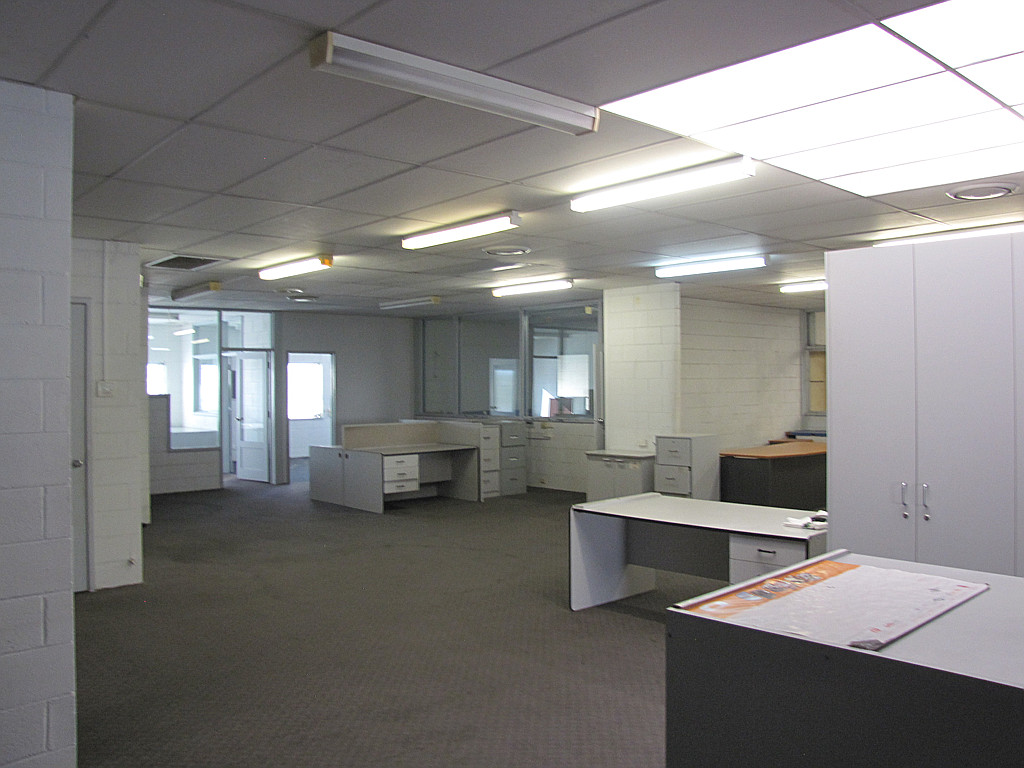 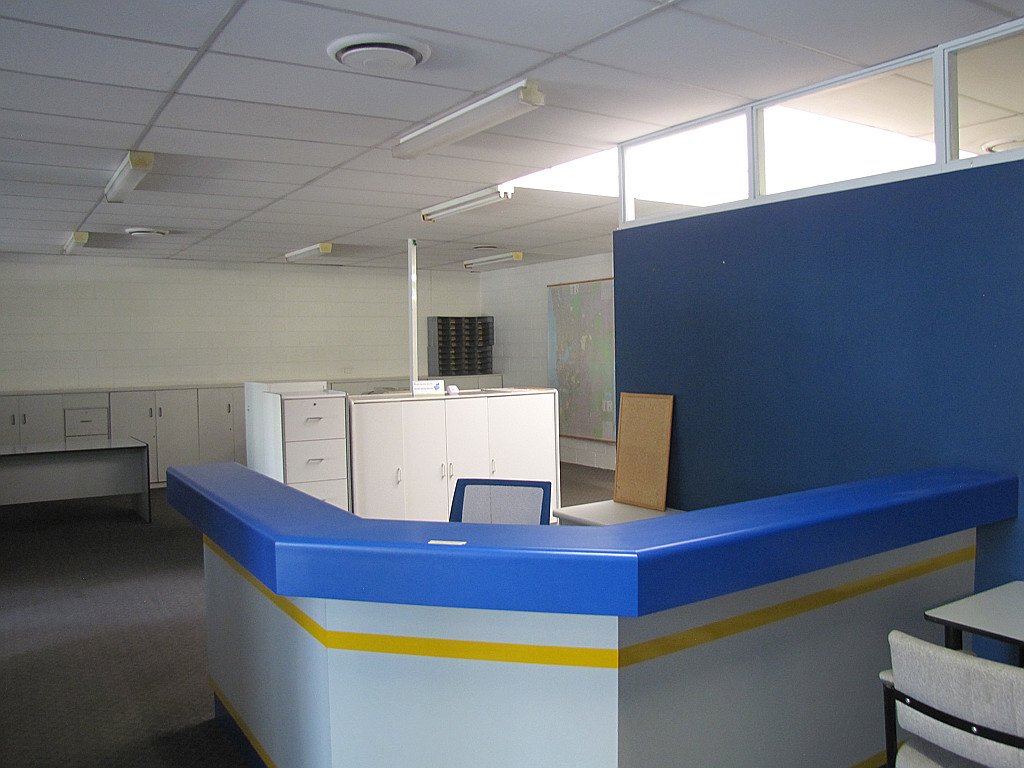 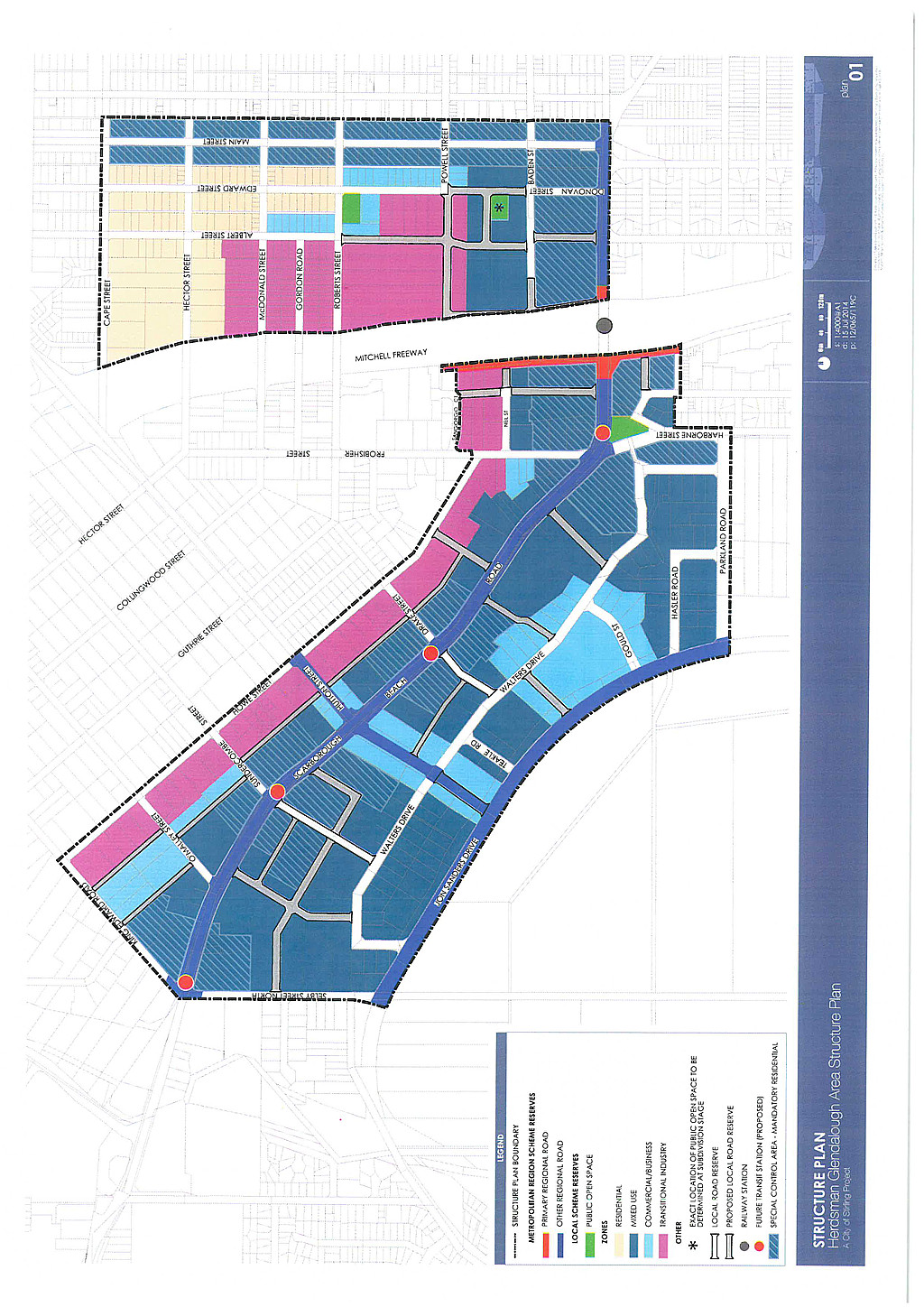 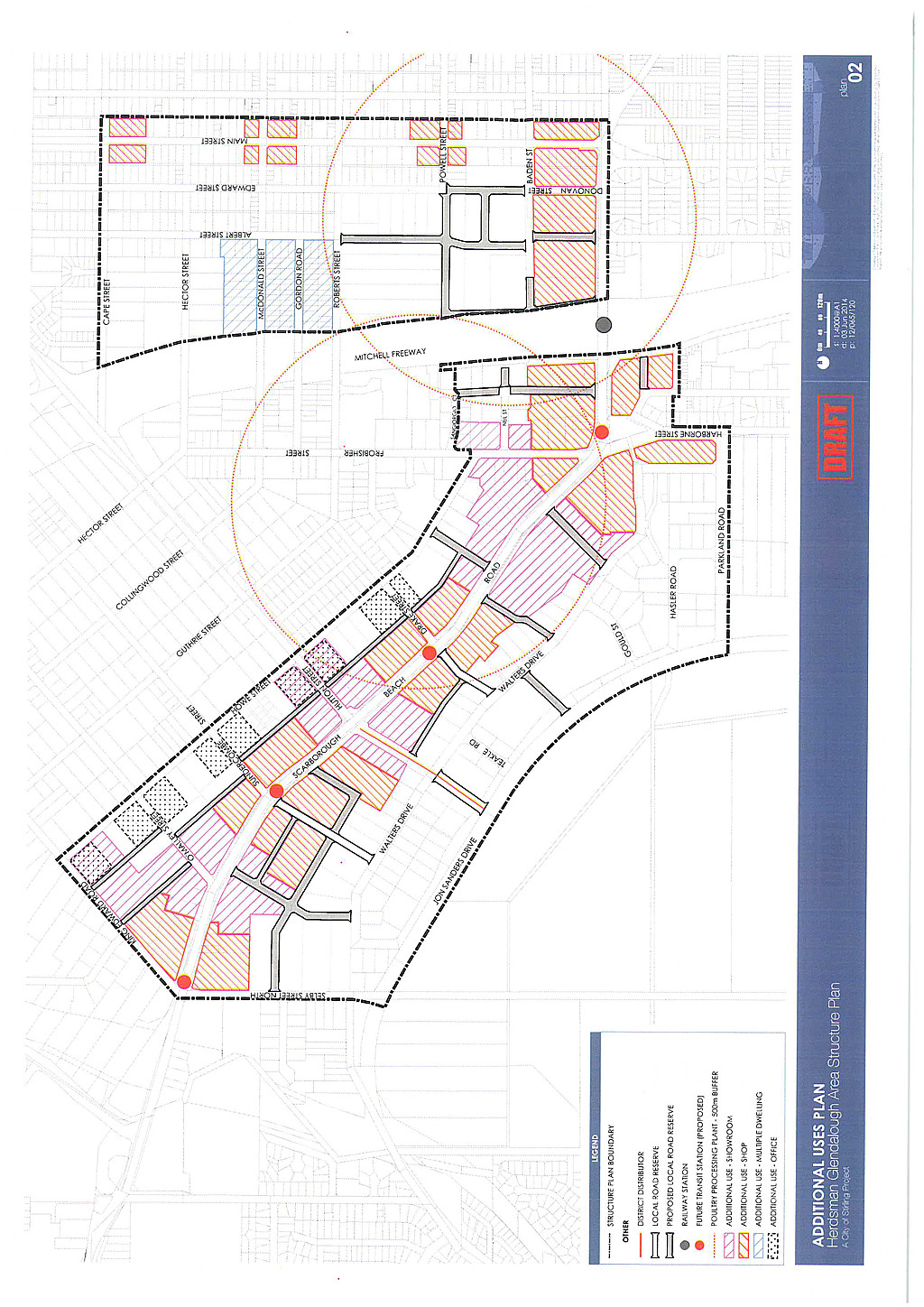 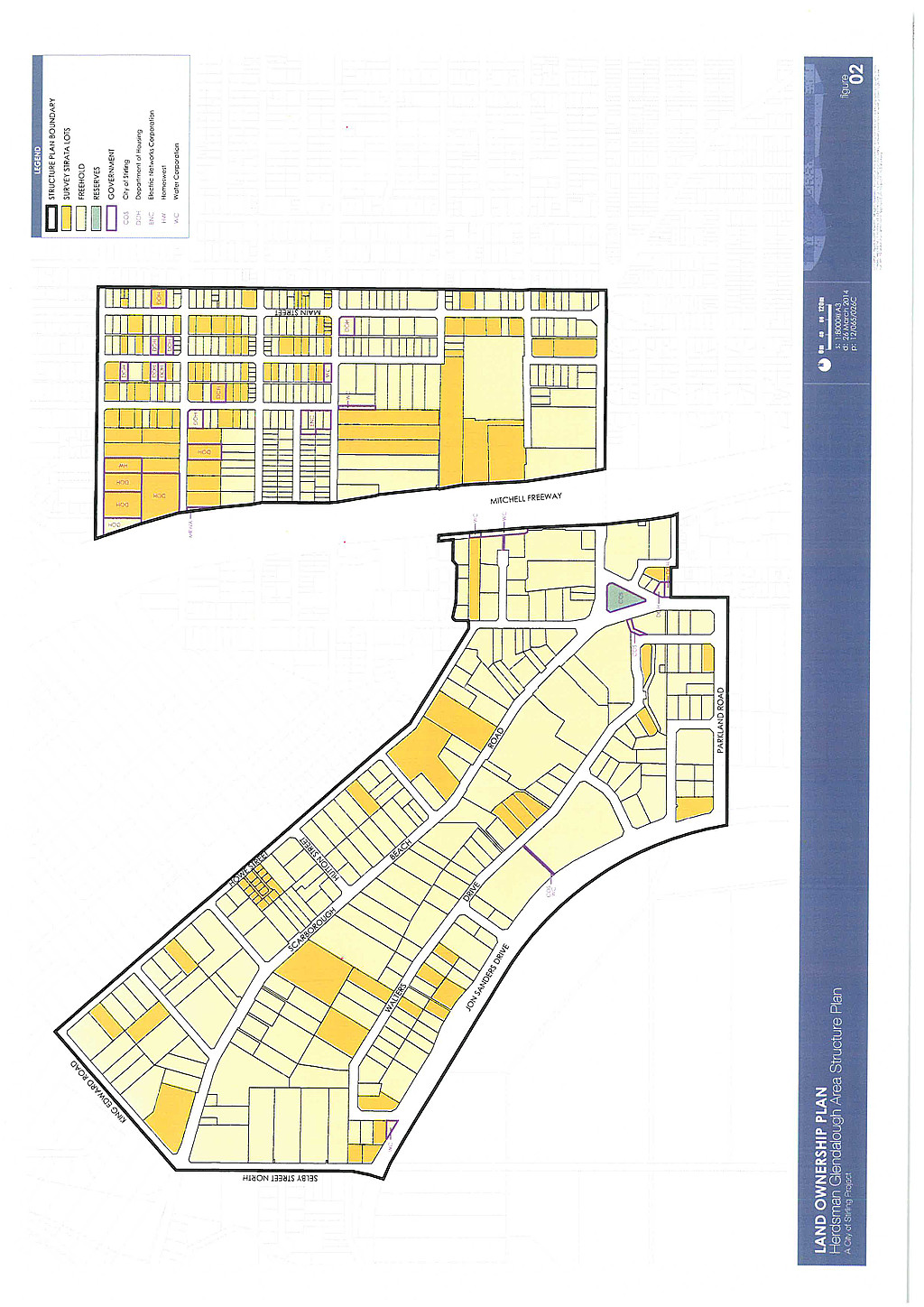 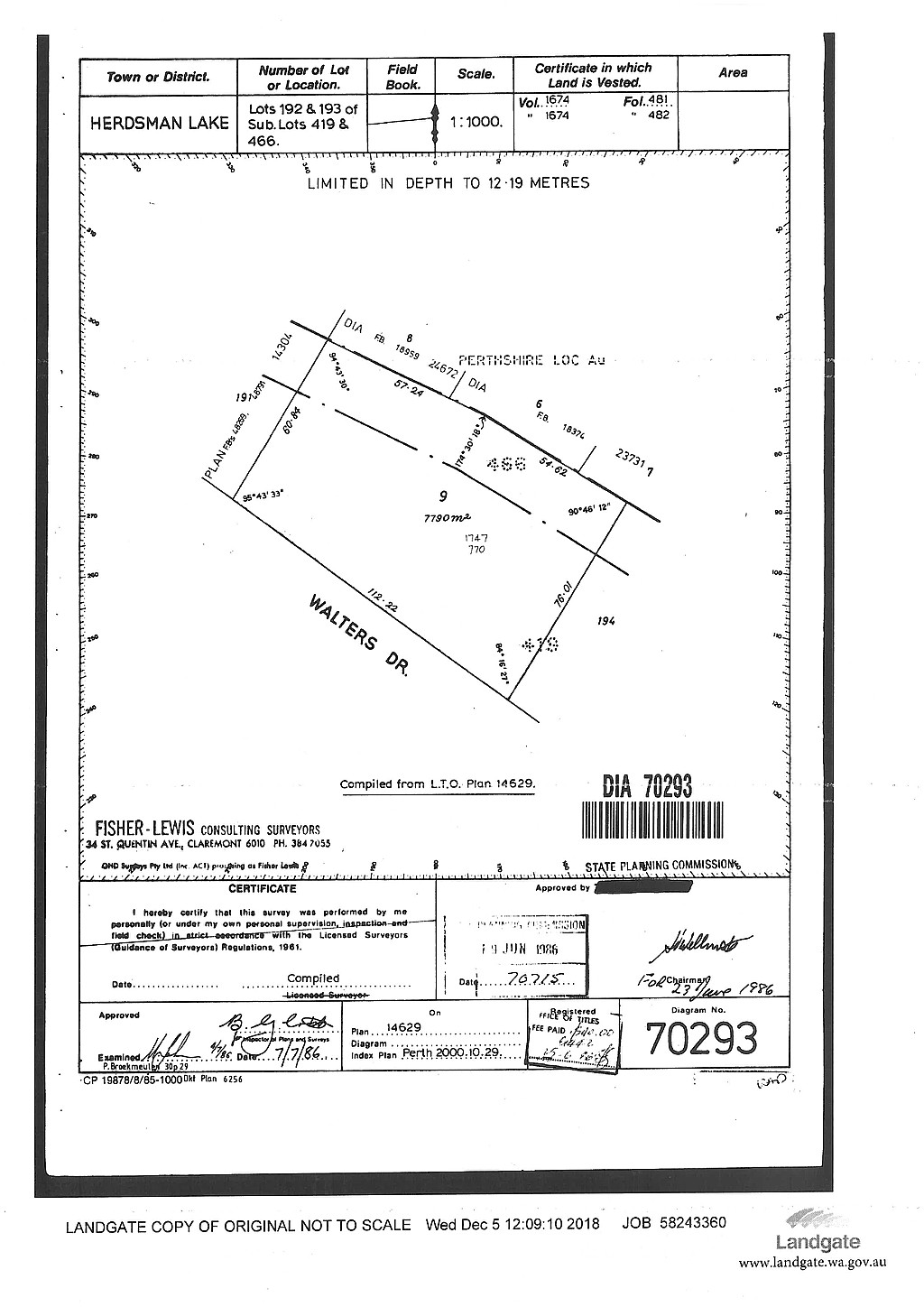 HISTORY
This property has remained in the hands of the current owners for 33 years and has been the centre of the family business Skippers Transport. The site was chosen because of its central location and ease of access to all parts of Perth. Osborne Park is recognised over many years as Perth's premium commercial and retail precinct and has a very large business population of all descriptions.

WORKSHOP
400 square metres metal construction located at the eastern end of the property.

Governed by the City of Stirling and is zoned Special Control Area (development area) Commercial Business under the Herdsman/Glendalough area structure plan.

HERDSMAN / OSBORNE PARK
GENERAL INFORMATION
The Herdsman/Glendalough area is located approximately 5.2 km's north west of the Perth CBD and 6 km's east of Scarborough Beach. The location importantly is bisected by the northern suburbs passenger railway line and the Mitchell/Kwinana freeway. This transport infrastructure provides continuous access Mandurah to the south and all suburbs in the eastern and north west metropolitan corridor. The combination of the Stirling Centre and Herdsman/Glendalough makes this a Blue Chip location. Importantly, it's the second biggest employment hub outside Perth CBD. The Scarborough Beach Road retail precinct is reputed as Australia's largest bulky goods, showroom location with many iconic retailers.

IMPORTANT INFORMATION
This site sits directly at the end of Hutton Street and the City of Stirling in future planning have said they wish to extend Hutton Street through to Walters Drive which would entail a resumption of some of the site which would involve compensation for the owner of the site. On
talking with the City they do not have a definite timeframe for this however, if you are a prospective purchaser for this site, please meet with the City of Stirling Planning Department to satisfy yourselves moving forward.
CURRENT DEVELOPMENT APPROVAL
There is a current design approval in place for two office towers. A western tower and eastern tower with the towers being 12 and 11 storeys each giving a combined total Gross Floor Area of 19,823 square metres, plus a ground floor area for a café/restaurant of 252 square metres. There are 581 car parking bays. This development sits to the eastern side of the site and has already made allowance of any resumption of land by the City of Stirling which if it goes ahead, will give the site a two street frontage.

This iconic property is now being offered FOR SALE as VACANT POSSESSION. 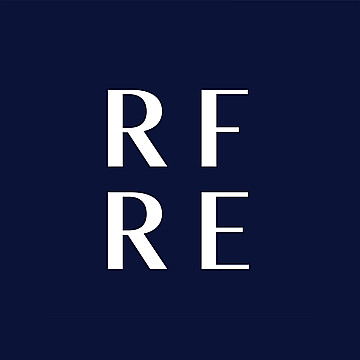